How to properly place the nativity figures?

Before setting up a Christmas crib, some points should be clarified. This includes the question of the size, the space available, the religiousness of the family or whether the hut should have a fun educational effect for children. In some families the crib is often used as a Christmas decoration. Are there any instructions on how to properly place the figurines? 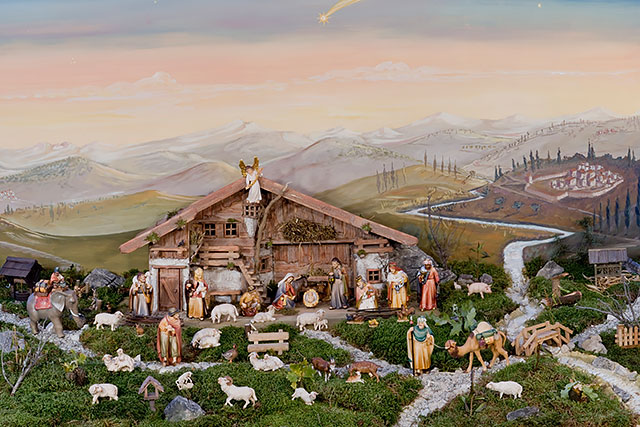 Disposition of a Christmas crib

The scientific advisors of the crib museums discovered in their research that each crib figure had been assigned a specific place since the Middle Ages.

Jesus in the center of attention

The baby Jesus is always in the center and all the other characters are positioned around the crib. Care must be taken that the back of the child remains generally free, where there is no one, neither a person nor an animal.

Left side: Mary, the ox, the shepherd, and the sheep

Maria is sitting or kneeling to the right of the child. Seen by the spectator, she is on the left. Behind or next to her is the ox, which does not actually appear in Luke's Gospel but is considered a kosher animal and symbolizes the people of Israel and Christianity. From the left, i.e. from Mary's side, the shepherds approach with their sheep. They represent the believers who bring sacrificial animals, food and clothing.

The right side: Joseph, the donkey, the three wise men

Giuseppe is on the left side of the baby Jesus, that is, on the right if seen by the viewer. Next to Joseph is the donkey, also not mentioned in Luke's Gospel. The donkey is interpreted as an impure animal and symbolizes non-religious or even pagan people. Therefore, also the three wise men. Gaspar, Melchior and Balthazar are the "wise men of the East" who donate gold, incense and myrrh. With youth, middle age and old age, they are on the one hand a symbol for the different stages of people's lives. On the other hand, their origins from Africa, Asia and Europe are associated with the three continents known at the time. Since Melchior represents the European continent and therefore the West, the designation "Three ... from the East" is actually not entirely correct.

The stable serves as an improvised shelter and is mentioned in both the Gospels of Luke and Matthew. Nowhere else can Mary and Joseph find a place to stay. In this stable, according to the Christmas story, the baby Jesus is born. Since she has no other bed, Mary puts the baby in a manger full of hay.

A stable is usually used as a background to set up the Christmas crib. It does not matter if it is a nativity stable in alpine, classic or middle-eastern style. Its rustic appearance is important to make it clear that the family comes from a very poor environment and simply cannot afford other accommodation.

It is also important that the stable of the crib is always open and freely visible to the viewer. This is a symbol that everyone, regardless of nationality and faith, is welcome and welcomed by Jesus.

One or more angels

The main Angel acts as an announcer and symbolizes the angel Gabriel who informed the shepherds of the birth of Jesus Christ. This angel is usually mounted above the crib. If no special support is available, the angel can be hung above the stable and suspended above it. Another alternative could be to place a taller object behind the shed, such as a large book or tall cardboard, to place the angel there. The raised position is important because for the shepherds, the angel was a celestial phenomenon they had to look at. If there are several angels in the Christmas crib, they form the heavenly choir. Unlike the announcing angels, they are located on the right, left or both sides, next to the stable.

The star serves as a guide for the shepherds on their way to the stable in Bethlehem. It does not necessarily have to be integrated into the crib scene. You can also choose to use a "normal" star without a tail or a comet star. However, the star is such a significant element of Christmas history that many people attach it to the roof of the crib barn or hang it above the hut. The star symbolizes the complete process of Jesus' birth and only appears from this moment on in the dark sky of the Holy Night. Some nativity scene owners like to use an electric Christmas star that lights up at the push of a button.

When and for how long the crib must be set up

From when a Christmas crib can or should be set up, there is no provision for it. Here the owners of cribs have their own traditions. In some families the Christmas decoration is done shortly after the Sunday of the dead, in order to enjoy the Christmas crib as long as possible. Shortly after the New Year and on January 7 at the latest, the nativity scene will again be well packed and safely stored until the end of November.

There are, however, also families that are strictly inspired by the Christmas story of the Gospel of Luke and that insert the characters in the scene only gradually. Shortly before Christmas, Mary and Joseph move into the stable. Christmas Eve becomes a special experience for the children who, on the occasion of a solemn ceremony, can put the newborn Jesus in the crib. On Christmas Day and Boxing Day, they follow the shepherds with their sheep. On January 6, the Epiphany, the characters of the Three Kings appear.

The way the nativity figures are placed depends on you. Some nativity scene owners prefer a minimalist nativity scene, others like to set up a large nativity scene with many sacred and profane figures. Electric lighting is also available for the stable. A base or stand helps to ensure that the Christmas crib can be safely installed and the crib figurines do not tip over so easily. If you want to decorate your crib with natural materials, you should pick chestnuts, acorns and pine cones during the fall, as well as fir branches, straw and brightly colored leaves. The dried flowers of the orange alchechengio are also suitable for decorating a Christmas crib. 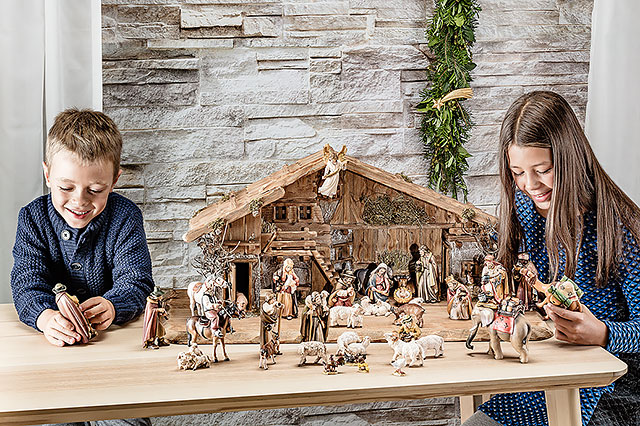 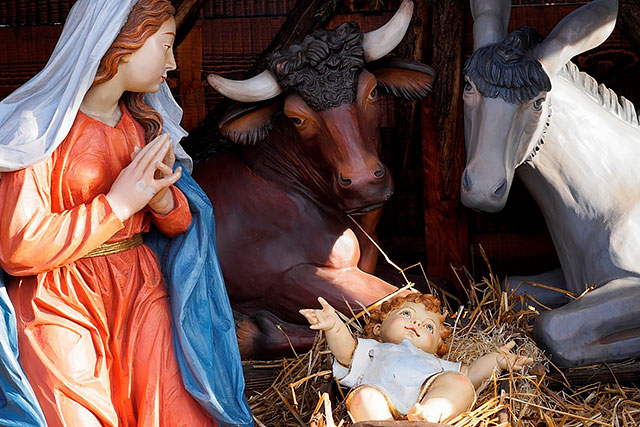 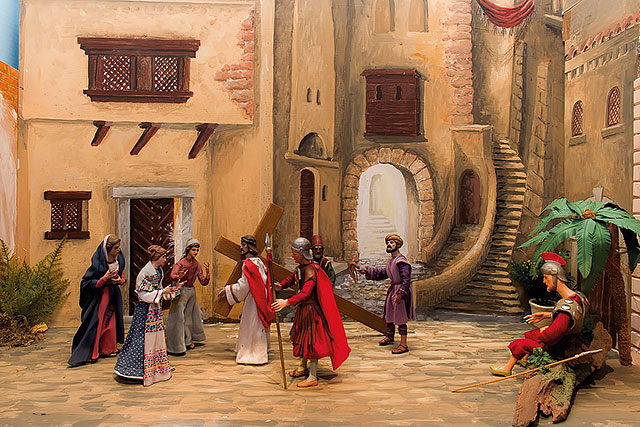