Christian symbols and their meanings

Either a cross, a fish or a crib: Christian symbols are often encountered in everyday life - and not only in church or the cemetery. But we often know little about their origins. And what is their meaning? Learn more about the religious symbols of Christianity in this article. 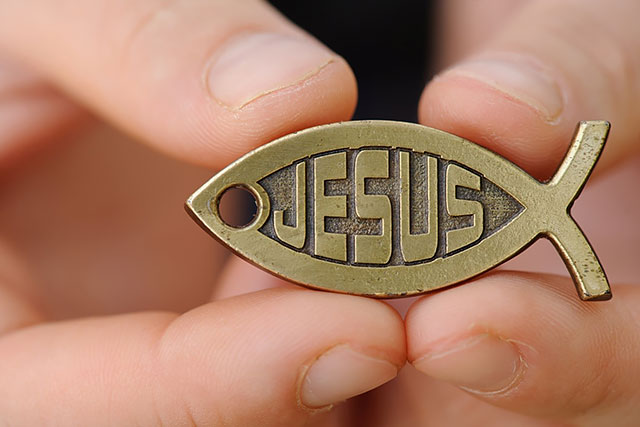 Traditional symbols are extremely diverse in Christianity. They can be divided into two groups: on the one hand, purely Christian symbols, and on the other symbols that come from other religions or have other meanings that have been reinterpreted by the new faith. The original symbol of the early Christians was not the cross, but the monogram of Christ XP (first letters Chi and Rho of the Greek orthography ΧΡΙΣΤΟΣ "Christ"). Moreover, at that time the followers of Jesus used a stylised fish as a secret sign to identify themselves as Christians. These signs were used more and more frequently in everyday life. They can be found on the walls of Roman catacombs, on jewellery, lamps and vases. It was only in the 5th century that the cross became the central symbol of Christianity.

What important religious symbols are there in Christianity and what do they mean?

Christianity has many religious symbols. Learn about the most important symbols and their meaning below.

The Cross is the most important symbol of Christianity. It commemorates Jesus' death on the cross and thus the central event of the Christian faith. On the one hand, the cross represents the sacrificial death of Jesus, but at the same time it symbolises his resurrection from the dead. It is venerated as a religious symbol of the reconciliation with God given by Jesus for example during the devotion to the cross on Good Friday. Crosses can be found in various forms not only in churches, but also in private homes, where they adorn God's corner. Christians also wear the cross as an ornament to show that they belong to the Christian faith.

By the way: a cross with the body of Jesus is called a crucifix. At Lignoma you will find numerous wooden crosses for your house. You can find out more about the origin and meaning of the cross in the article "the cross as symbol of christianity".

Sometimes you can see a fish attached to cars as a Christian symbol. The fish symbol says a lot about the driver: Christians are coming. The fish is one of the oldest symbols of Christianity and has its origin in early Christianity about 2000 years ago. When, under the rule of the Romans with their belief in many gods, it was still forbidden and life-threatening to call oneself a Christian, people invented a secret code to identify themselves. The choice fell on the fish, because fish means I Ch Th Y S in Greek and each of the five letters represented a word associated with Jesus. The story of the fish as a symbol of identification fell into oblivion over time and the cross became the true religious symbol of Christians. Only in the second half of the 20th century did the fish experience a revival as a Christian symbol. 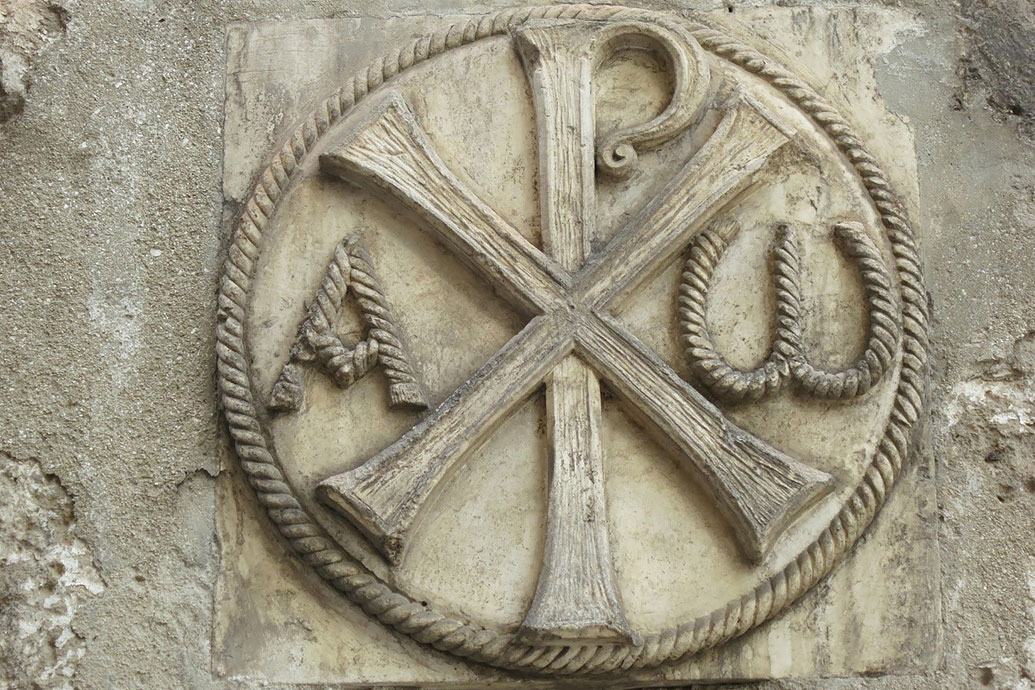 The monogram of Christ (PX) has a longer tradition than the cross.

The monogram of Christ, also called the Constantinian Cross, consists of the letters X (Chi) and P (Rho) nested together and stands for the Greek name of Christ. In the 2nd century AD, the first Christian communities used the "Chi-Rho" as a symbol of recognition. Therefore, the monogram of Christ has a longer tradition than the cross, which is better known today.

Alpha and Omega represent the first and last letters of the Greek alphabet and are a symbol for the beginning and the end, and therefore for God and especially for Jesus Christ as the first and the last. Christ also says of himself in Revelation: "I am the Alpha and the Omega, the first and the last, the beginning and the end". (Revelation 22:13) Later, the alpha and the omega were used together with the cross or the monogram of Christ as symbols of Christ, e.g. on the Easter candle.

Very few people know the rainbow as a Christian symbol. It is a symbol of God's faithfulness. In the Old Testament, God sent a flood to the earth to destroy our own creation. Noah and his family survived the inferno in the ark. After the flood, God created the rainbow as a sign of the covenant between God and man. He made his promise to the people that he would always provide for them, for "as long as the earth endures, sowing and reaping, frost and heat, summer and winter, day and night shall not cease". (Genesis 8:22). 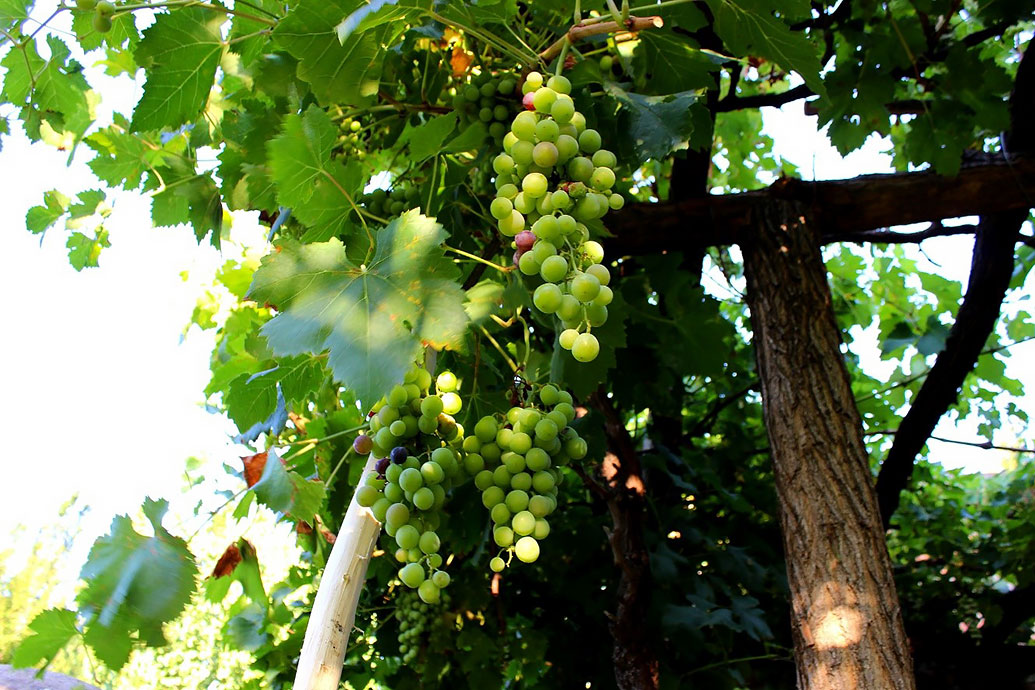 The vine symbolises the bond between the believers and Jesus.

A vine means abundant life. However, a vine needs a strong trunk so that vines with many berries can grow. To stay in the picture: Jesus is like a vine for us. The following sentence was passed on by Jesus to his disciples: "I am the vine, you are the branches". (Jn 15:1) The vine is a symbol of the bond between believers and Jesus. Jesus as the vine gives them strength if they remain attached to Him and faith can bear fruit (branches). The vine and the grapes also stand for the wine of the Eucharistic celebration. For on the night before his death Jesus passed a cup of wine during the Last Supper with the words: 'This cup is the new covenant in my blood, which is shed for you'. Believers hear this phrase at every church celebration of the Lord's Supper and are thus reminded of Jesus' commission.

The paschal lamb is an important symbol of Easter. The Agnus Dei, or Lamb of God in Latin, symbolises Jesus Christ. In the Old Testament, the lamb is a common sacrificial animal. In the New Testament, John the Baptist himself refers to Jesus as the 'Lamb of God' (John 1:29). Jesus is seen as the Lamb of God who sacrifices himself for the sins of man in unconditional love. According to the Christian faith, through his death and resurrection he redeemed mankind. In Christian iconography, the Lamb of God is usually depicted with the victory flag with a red cross on a white background. This is to symbolise Jesus' victory over death.

A candle brings light and life and is in contrast to darkness and gloom. The eternal light that burns in every church symbolises the presence of God. Just as man can see nothing without light, so the human spirit can know nothing without the light of God's Spirit. But the candle is also a symbol of the transience of life. In the church, candles often play an important role, for example as baptismal candles or communion candles, which are meant to illuminate the further life of the baptised person or teenager. 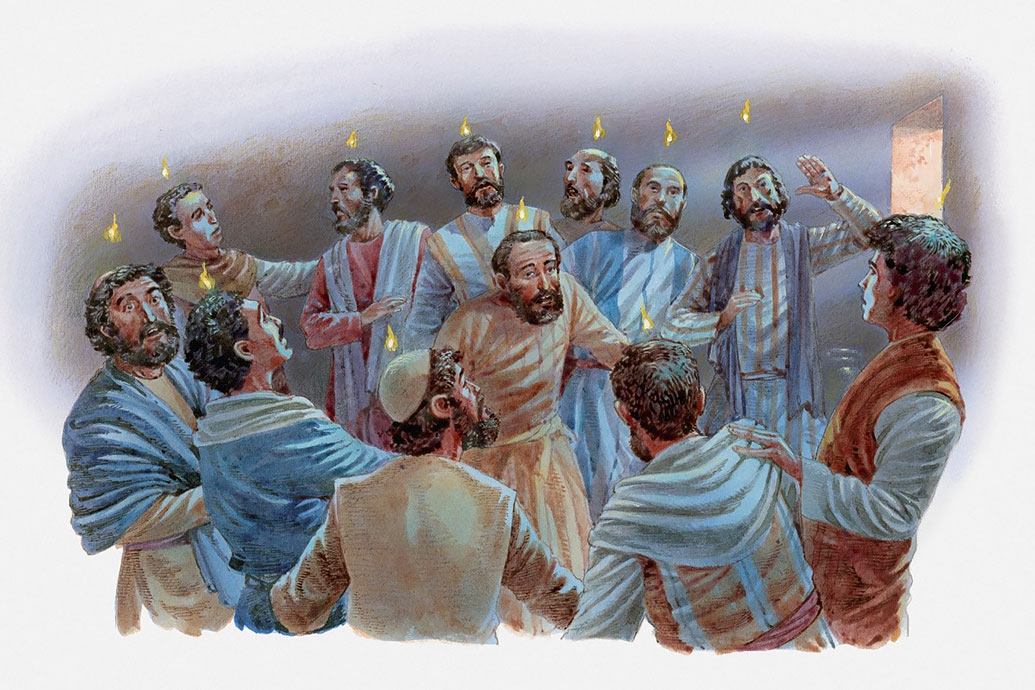 The Holy Spirit enlightens the disciples on the feast of Pentecost.

The focus of the Pentecost story is on the disciples' enlightenment through the Holy Spirit and inner fire, which led them to proclaim the Good News with enthusiasm, symbolised by tongues of fire above the heads of the disciples. But fire also occurs in other biblical passages. Thus Moses recognises God in the burning bush and John the Baptist proclaims at the Jordan: "He (Jesus) will baptise you with the Holy Spirit and with fire". (Mt 3:11)

For many families, a nativity scene is part of the basic Christmas decoration. It depicts the Jesus birth from the Christmas story with nativity figures in a model-like landscape. The nativity scene is a symbol of the incarnation of God in the form of a child. There are also so-called annual nativity scenes, which depict other events in the life of Jesus.

What Christian symbols are depicted on gravestones?

Christian symbols can often be found depicted on gravestones. This is to give the deceased a message for the afterlife.

The image of joined hands in prayer represents praying to the Lord. Praying hands symbolise trust in Jesus and in God. They also represent prayers for family, friends or the deceased.

The Angels are our constant companions in everyday life, not only during the Christmas season. It was the 'Angel of the Lord' who brought the good news of Jesus' birth to the shepherds. "Then the angel of the Lord came to them, and the splendour of the Lord shone around them", says Luke's Gospel. The word "angel" comes from the Greek and means "messenger". Angels are messengers and servants of the Lord and mediate between human beings and God. They can act as protector, comforter and helper, for example in the form of a guardian angel.

The dove is a symbol of reconciliation with God and, since the 6th century AD, a sign of the Holy Spirit. Just as the dove always finds its way back, so the Spirit of God always takes us back to our origin. In the account of Jesus' baptism, the Holy Spirit appears in the form of a dove: "As soon as Jesus was baptised and came out of the water, the heavens were opened and he saw the Spirit of God descending on him like a dove". (Mt 3:16)

Water is a Christian symbol for new life. Thus water at baptism is an important symbol for purity and the beginning of life. Just as Jesus was baptised with water by John the Baptist, so those who believe in him are baptised in his name.

The rose symbolises love and beauty that survive death. In the Middle Ages they were therefore given to virgins. But a rose also has thorns that symbolise suffering.

The sun symbol represents hope in the Christian faith, since it is a symbol of the resurrection of Jesus. The rising sun is a beautiful religious symbol for God as its light illuminates the path (of life). The sun was already a religious symbol for the divine among the Egyptians. In Christianity it becomes a symbol for Jesus. This is why churches are also oriented towards the east, so that the faithful worship in the direction of the rising sun.

An anchor is used to secure a ship in port. According to this image, God's love also holds us like a strong anchor in the storms of time and, according to the Christian faith, gives us strength and support. As a sign of hope, the anchor ensures that the Christian does not perish in these storms and finally helps him to safely reach the harbour of redemption.

Ships represent the human journey through life and the passage to eternity after death. At the beginning of life, people leave the safe harbour to cross the sometimes stormy seas (life) in the safety of the ship (faith) and eventually return to the harbour (eternity).

In its white form, the lily represents purity and innocence. It is also a sign of the chosen one. 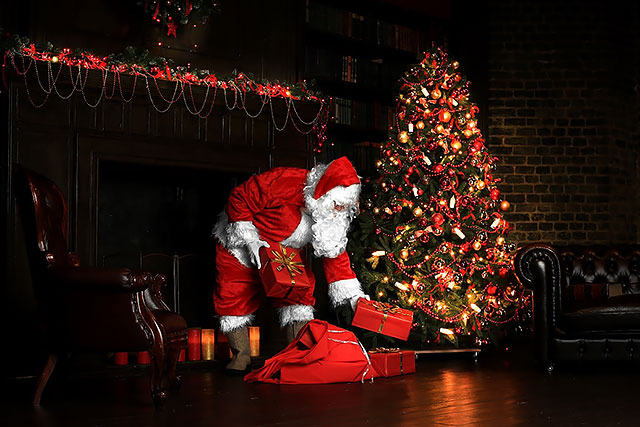 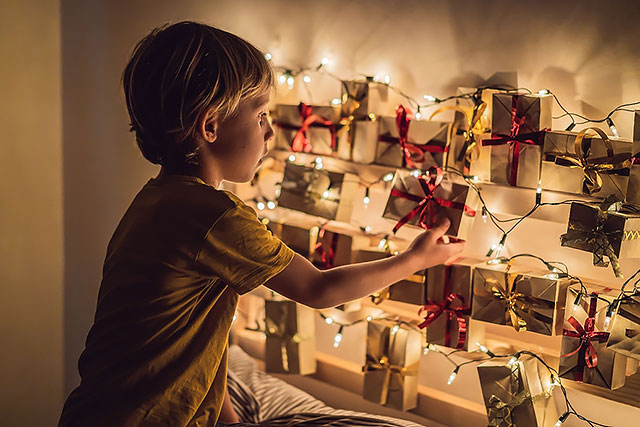